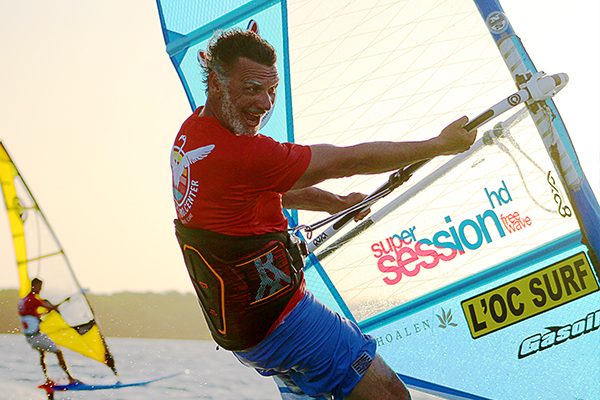 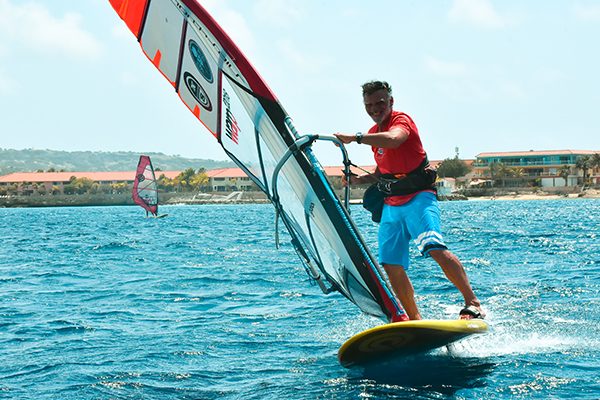 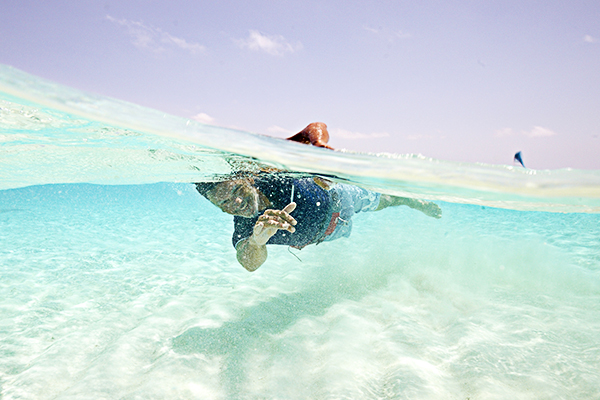 Windsurfing since he was 13, the charming Frenchman is a legend in the French and international windsurfing communities. Philippe learnt how to windsurf in Africa, where he basically grew up on water and constant strong winds. Throughout the years he became one of the most well-known French windsurfers. Lately he has been focusing on wind-foiling – a new exciting watersport field.

Philippe’s background is in event management, which he used to inspire passion for watersports for 25 years.

His most notable event is Defi Wind, which has been the biggest yearly international windsurf events, occasionally called the “Woodstock of Windsurf”. In fact, the original DefiWind is held annually in Gruissan, France, where more than 1000 windsurfers gather for an exciting freerace. You can read about the event here.

Four years ago, invited by Bjorn Dunkerbeck, Philippe arrived to Bonaire. Immediately seeing the potential, he initiated the creation of Defiwind Caribbean. Here he could maximise the open warm waters and the constant winds, especially in June. Therefore, the Defiwind Caribbean was born.

We invite you to join the Defiwind Caribbean, which we host annually in Bonaire. Read more here.